"Remembering is always about some degree of forgetting...The task is to keep reminding ourselves what is worth remembering." - David Blight

Write an essay using one of the above quotes supporting a position on how Lincoln's views on slavery should be remembered today. (5 Paragraphs)
**Talk about his changing and conflicting views, at least 3 examples supporting your position (quotes, events, facts about Lincoln)**

Due Thursday, May 1st
Posted by Unknown at 1:05 PM No comments:


Abraham Lincoln gave the Gettysburg Address during the dedication of the cemetery for Union soldiers who fought and died in the Battle of Gettysburg. In the address, Lincoln expressed the great need for Americans to remember the sacrifice made by these soldiers.

Four score and seven years ago our fathers brought forth on this continent a new nation, conceived in liberty and dedicated to the proposition that all men are created equal.


Now we are engaged in a great civil war, testing whether that nation or any nation so conceived and so dedicated can long endure. We are met on a great battlefield of that war. We have come to dedicate a portion of that field as a final resting-place for those who here gave their lives that that nation might live. It is altogether fitting and proper that we should do this. But in a larger sense, we cannot dedicate, we cannot consecrate, we cannot hallow this ground. The brave men, living and dead who struggled here have consecrated it far above our poor power to add or detract. The world will little note nor long remember what we say here, but it can never forget what they did here. It is for us the living rather to be dedicated here to the unfinished work which they who fought here have thus far so nobly advanced.


It is rather for us to be here dedicated to the great task remaining before us—that from these honored dead we take increased devotion to that cause for which they gave the last full measure of devotion—that we here highly resolve that these dead shall not have died in vain, that this nation under God shall have a new birth of freedom, and that government of the people, by the people, for the people shall not perish from the earth.

1. Why do you think Lincoln started out talking about the past and our fathers?

2. For what cause(s) did President Lincoln believe the United States soldiers were fighting during the Civil War?

3. According to Lincoln, how does a nation make sure that free governments (democracies) "shall not perish from the earth"?

4. According to Lincoln, what do the American people have to do to make sure that the U.S. soldiers who were killed at Gettysburg (and other battlefields) had not died "in vain"?

5. What do you think Lincoln meant by the phrase "...government of the people, by the people, for the people..."?

8. Why do you think Americans feel as though The Gettysburg Address still speaks to them today? Do you think this is an eternal document? Why?
Posted by Unknown at 10:21 AM No comments:

Email ThisBlogThis!Share to TwitterShare to FacebookShare to Pinterest
Labels: all, homework

The Union in Peril Timeline Project

The project "Union in Peril Timeline" is due April 3rd.


I have attached a rubric with directions so that you may help your student complete the assignment.

Click here for the PDF for instructions and rubric
Posted by Unknown at 10:31 AM No comments:

I just finished grading the websites for the students that have turned in their rubrics. If you don't see a grade on edline, it means I don't have your rubric.

IF you see a 40 and below, please redo it to improve your grade. You have until Friday, March 7th to publish and improve your project.

TURN IN your rubric so I can grade your website. If you haven't published your website, please do so as soon as possible and email me at mscaroyuen at gmail dot com, telling me you have done so.

Any other questions or if you need help, email me or come see me during lunch on Monday or during Action Period Monday after school.

Posted by Unknown at 9:34 PM No comments:

Email ThisBlogThis!Share to TwitterShare to FacebookShare to Pinterest
Labels: all, email, projects, reminders

I know we haven't had reading homework in awhile but let's dust off those books and notebooks and get reading again!

Please take notes on each section and answer the questions assigned at the end of each section.

Sorry I haven't been updating as much this past quarter. I will try do to better from now on.

If you ever have any questions, please just let me know by contacting me using the "Contact" page above.

Aloha,
Mrs. Yuen
Posted by Unknown at 9:47 AM No comments:

Email ThisBlogThis!Share to TwitterShare to FacebookShare to Pinterest
Labels: all

Homework:
1.       Do a survey of twelve different items that you own or are in your home. Then list the country in which they were made.
2.       Make a list of the jobs that your parents, friends or family friends have.
3.       Do they specialize in just one type of job or career?
4.       How long did they have to train to develop the skills that they need and use?
a.      Discuss with one or two of them the reasons why they do that particular job.

Posted by Unknown at 9:45 AM No comments: 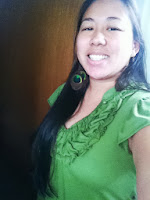 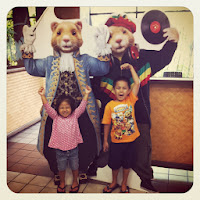